Don’t Call Them a Narcissist

Many of the people I coach tell me they are married to a narcissist. Are you trying to divorce a narcissist?

It is so frustrating even when you’ve been dealing with it for many, many years. People tell me they are “worn out”, tired of the constant criticism and verbal abuse.

They cry because they’ve been told they’re worthless, stupid, weak, pathetic and undesireable. It hurts just to write these words but that’s what they tell me.

What Is A Narcissist?

A diagnosis of Narcissistic Personality Disorder can only be given by a mental health professional under the guidelines of the Diagnostic and Statistical Manual of Mental Disorders, 5th Edition, commonly called DSM-5.

There are clearly patterns and signs and symptoms that you can identify and read about all over the internet. And yes, it is important to know what they are so that you can begin to understand what you’re dealing with. Understanding and recognizing the characteristics though will not give you the help you need to divorce and save your sanity. It can be frustrating and emotionally draining.

It did not start out this way. They may have started out showing you how much they loved and cherished you. You believed it would always be that way. When did it change? Why did it change? Do you wonder if maybe they’ll change their mind and go back to loving and cherishing you like they used to?

It’s so normal to hope for that, but it’s likely keeping you frustrated and stuck. And, if you’re reading this, it’s probably not going to happen.

If you’re dealing with a narcissist, you’ve already tried everything! Not only does it get tiresome, it can also wear down your own self-esteem. It takes a huge amount of your time and energy with nothing in return!

Bill Eddy, LCSW, Esq., creator of New Ways for Families and founder of The High Conflict Institute has 4 Tips on How to Deal With a Narcissist Without Getting Stuck and Disliking Yourself:

As tempting as this is, it absolutely backfires and makes things worse.  Instead they become obsessed with proving you’re the one with the problem.

• Don’t argue with them.

You don’t need to defend yourself because it isn’t about you.  It’s really about them and their personality.  They have no insight into their own behavior and see things in all or nothing terms.  They see themselves as the victims and it’s your fault.

• Set limits on what you’ll do.

You’ve probably spent years trying to figure out how to placate a narcissist, right?  Bill Eddy has a saying he uses…”FORGETABOUTIT!” You’re not going to change them so work on changing how you react to them.

• Do get support and consultation.

Your self-esteem may be worn down from all the insults, criticism, embarrassment and shame.  Bill Eddy suggests getting help from professionals like a coach or therapist.

How To Go Forward

You will need a step by step course of action. You may have to cut ties and learn to get some distance emotionally. The key takeaway here is that you will need to get support and guidance on how to get through this difficult time. You will not want to do this alone.

Please reach out for your complimentary initial consultation. We will give you the information and confidence to decide how to best move forward and have the life you deserve – a life of joy, love and peace of mind.

← Cutting Through The Divorce Noise Surviving the Holidays During Divorce → 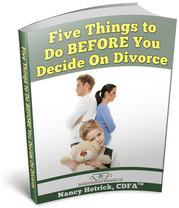